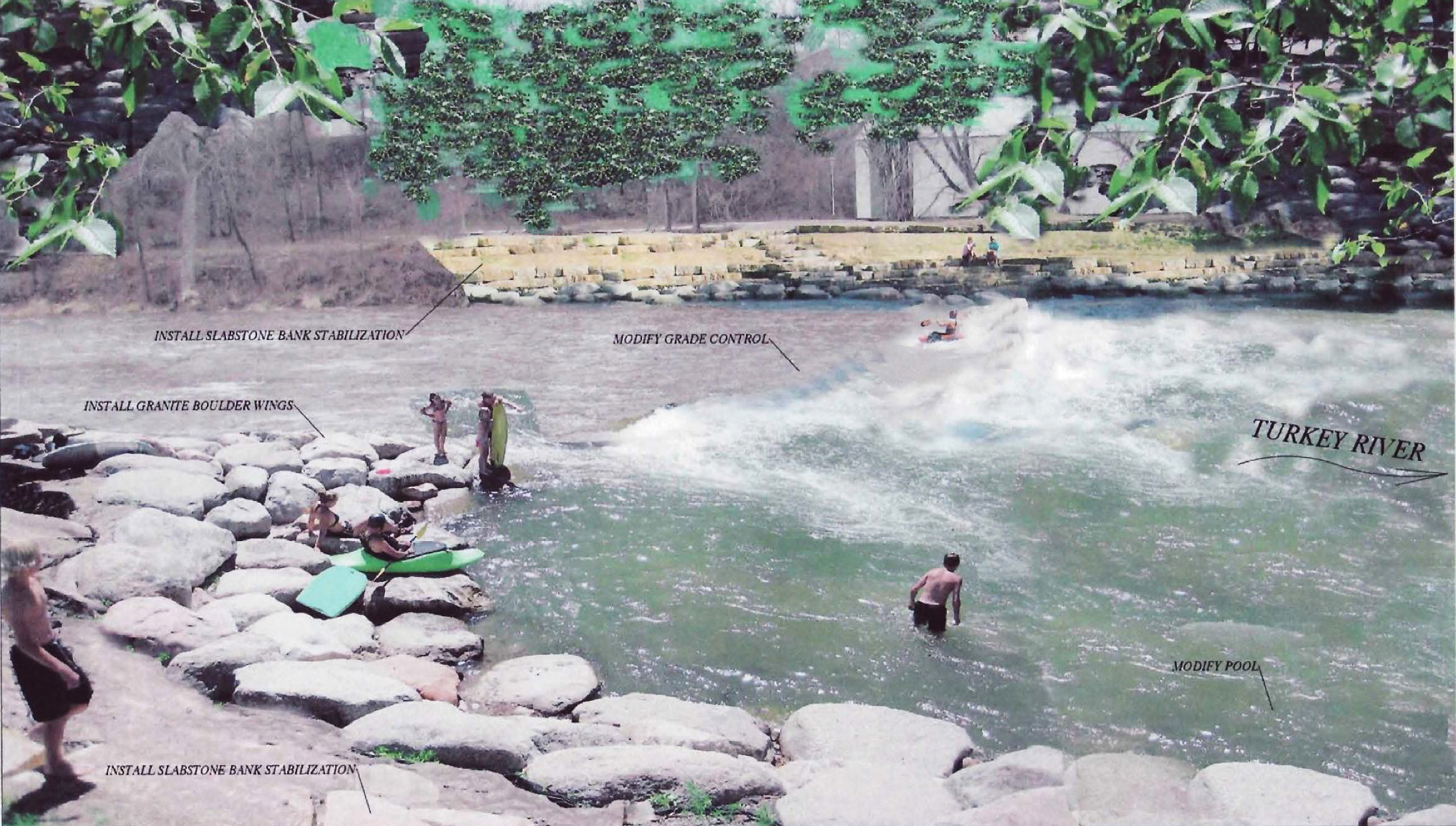 FAQs on the whitewater feature project:

1. Will the “little dam” be removed for the whitewater feature? The area provides good fishing spots.

The little dam will be modified and a wave catalyst added-the actual structure will remain. The little dam provides the drop needed for the wave catalyst to work. The fishing should not be negatively affected. In fact, the anglers in Charles City have found that the construction of their whitewater feature actually improved fishing. The boulders, scour holes and eddy lines provide new habitats for fish and the wing dams and large, flat boulders provide better access for fishermen. The local DNR fisheries biologist has been actively involved in the project.

2. Where is the entry point for canoes and kayaks? Will they start at the white water feature or upstream from it?

There are several entry points. One would be the current one on the east side of the river, across the street from the Rural Heritage Museum. Another, improved access point is planned on the west side by the little dam. As this is not a whitewater “course”, access can be provided right at the site of the little dam.

3. How was the location for the whitewater feature chosen?

4. How are the boulders going to be secured, especially in high water?

The feature has to be professionally engineered. The in-stream boulders are very large – 4-6 feet and made of granite. So their shear size will keep them in place. But there is also a mortar used in the installation process to help anchor them to the bedrock.

5. What is the length of the white water park? Is there only one location?

The work will be roughly 50 feet above and below the current little dam. As this is a whitewater “park and play” spot, there will be 1 -2 waves or holes created for whitewater kayakers, tubers, fisherman and others who just want to enjoy the rush of the rapids. This is not a whitewater “course” where people run gates or a long set of rapids.

However, there are areas downstream where natural “rapids” exist and the combination of the two will help to extend the rapids and opportunities for fish habitat enhancement.